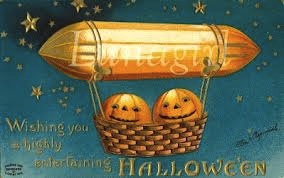 A recurring dream I had as a young child. Timeframe 1959, early 1960s. Los Angeles, California.  I had lots of dreams connected to alien, non-human beings, which included being floated out through walls and doors and placed in a large tree at night. There I'd sit/wait/watch the starry night sky... 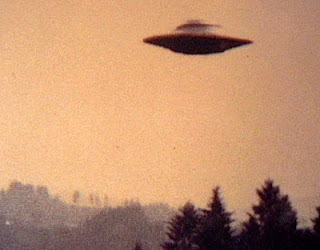 One recurring dream motif I remember has me standing outside, at night, on our block. Usually at the corner (near that large tree, that was easily three or four stories tall) which was at the corner. The tree belonged to our neighbor; we were the second house down from the corner. Waiting, outside, at night, sometimes I was with others, usually children. And up in the sky, not much higher than that tree, came the "ship." Sometimes it was a giant basket, like the ones seen with hot air balloons. But no giant balloon; just the basket and something above that, like a dome thing, some kind of machine. Other times, instead of a basket, it was an over sized bathtub. Inside the baskets, or bathtubs, were one or two people, adults, in uniforms. 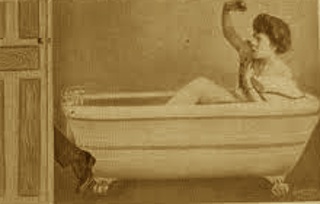 I had this dream many times. Always the same: at night, alone or sometimes with others, mainly children, in front of, or near, our house. Waiting. Waiting for what I thought of as my friends -- these people in uniforms, in their floating bathtubs or baskets, were always pleased to see us. They took us away on purpose. This was a regular thing.

What that purpose was, I have no idea. That I don't remember.